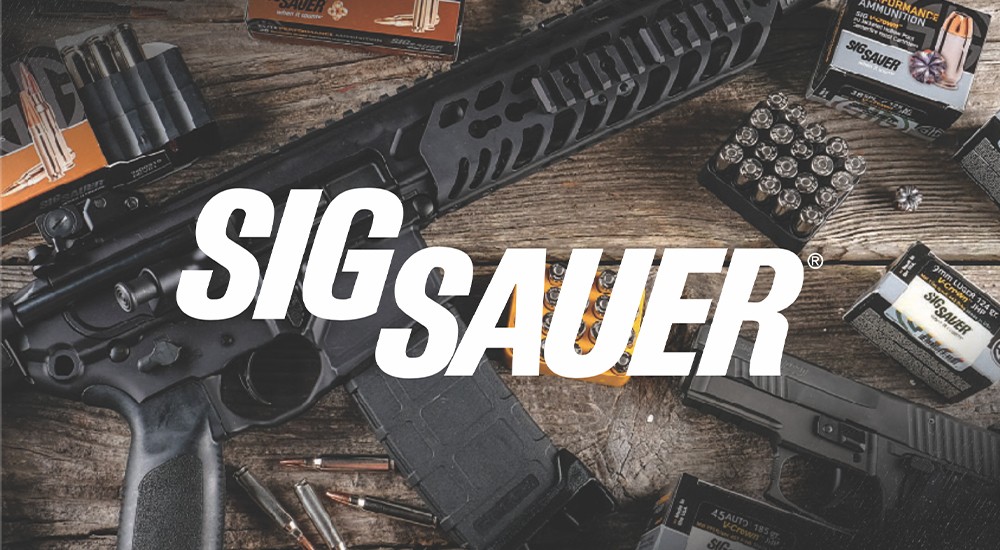 SIG SAUER is world renowned for quality, reliability and unmatched performance in the firearm industry. Their drive to be the best and unwillingness to settle has earned them the right to be the official sidearm of all branches of the US military. SIG SAUER is bringing a new level of capability and adaptability to both the battlefield and the civilian world. SIG SAUER offers a full lineup of pistols, MSRs, rifles, airguns, suppressors, magazines, optics and ammunition to cover all of your shooting needs and every aspect of their lineup brings unmatched craftsmanship that defines quality and innovation.

The Need for a New US Military Handgun

﻿The pistols carried by American soldiers have helped shape each generation’s vision of our military. Rapid advancements in battlefield technology have brought a need to develop a sidearm as innovative and adaptable as the battlefield itself.

﻿With greater accuracy, reliability, ergonomics and target acquisition in mind, the Modular Handgun System (MHS) was developed to find the perfect handgun for the US Military.

Own a Piece of History

﻿The M17 is officially in service with America’s fighting forces and is now available in a civilian version, the P320 M17. It offers the same innovation and versatility along with SIGLITE sights, optic-ready removable rear sight break and two 17-round magazines. It truly is the chosen one. 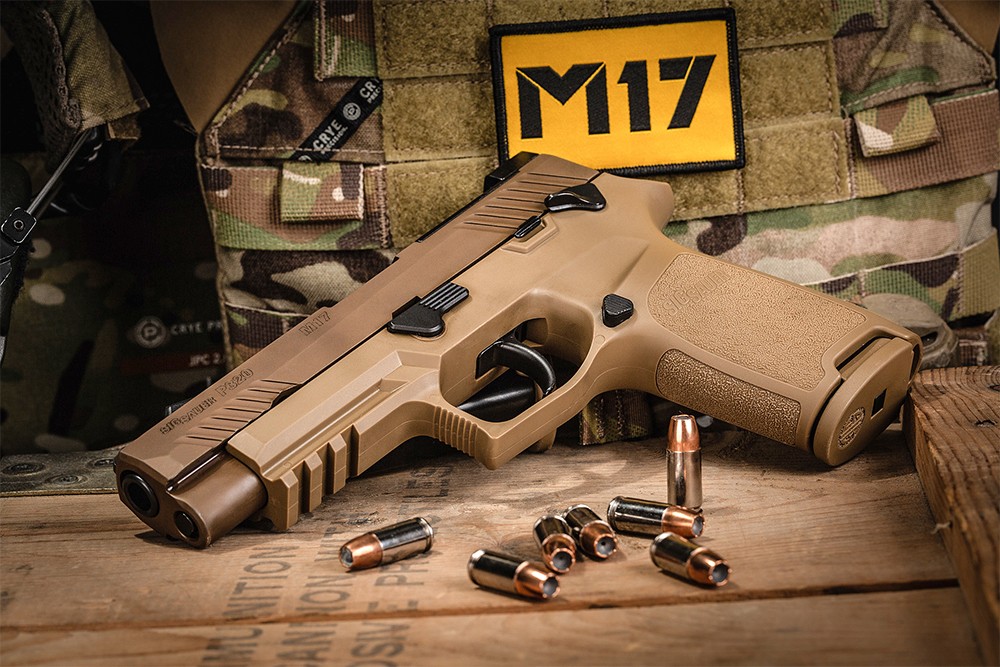 Selected as the official sidearm of the U.S. Army for its uniquely innovative modularity, uncompromising performance and unmatched capability – the M17 has redefined the definition of the handgun forever. Now, SIG SAUER is offering the P320-M17 featuring the same innovation and versatility as the U.S. Army’s M17 in a civilian version. Soon, the M18, the compact variant of the U.S. Army’s Modular Handgun system will be released in a civilian version. Currently the M17 and M18 are in service with the U.S. Army, Navy, Air Force, and Coast Guard. Beginning in 2020, with the US Marine Corps recent acquisition of the M18, the SIG SAUER Modular Handgun System (MHS) will be in service with all branches of the U.S. Military underscoring the success of the MHS program. 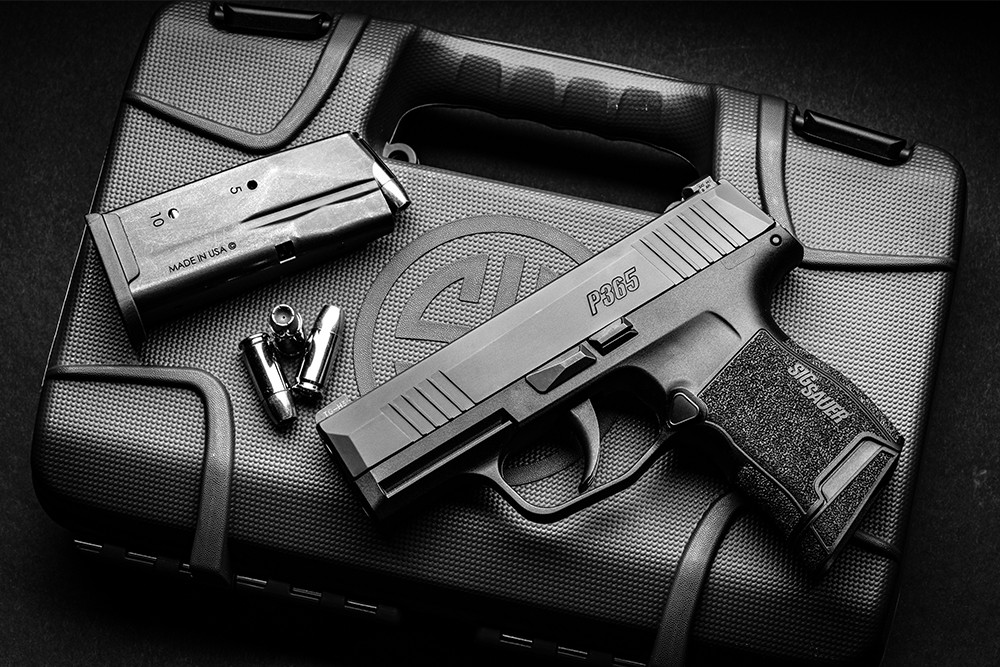 In 2018 the SIG SAUER P365 hit the market by storm to become the most award-winning pistol of year. This micro-compact pistol was built around the patented, modified double-stack magazine for a 10+1 full-size capacity, with the option of extended capacity magazines available in 12-round for a 12+1 capacity, and the newly released 15-round magazine for a 16+1 capacity. The SIG SAUER P365 line-up includes the original Nitron Micro-Compact, the P365-MS with all the same features as the original and featuring a manual safety. New to the P365 Everyday Carry line of pistols is the P365XL featuring a longer slide, XSERIES P365 grip module with integrated carry mag well and extended beavertail. 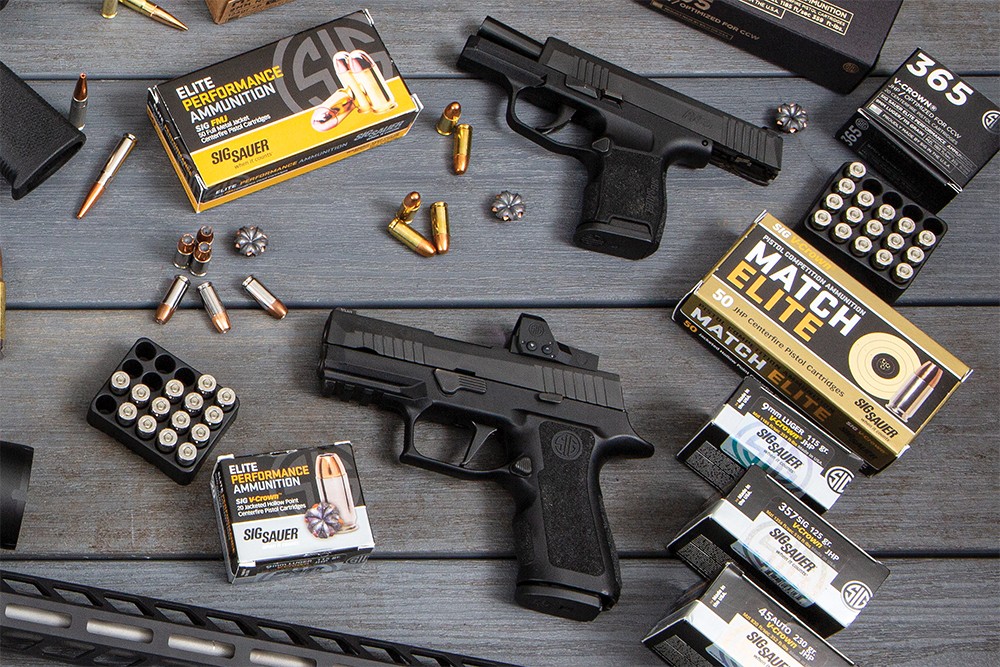 SIG SAUER Ammunition is setting a new standard in centerfire pistol and rifle ammunition that provides the reliability, accuracy, and performance you’ve come to expect. SIG SAUER produces premium pistol and rifle ammunition for military, law enforcement, and commercial use, component brass, and night sights at the 70,000 square-foot Arkansas manufacturing facility. The facility houses an advanced ballistics testing lab and leading-edge industrial measuring technology ensuring the highest-quality, and consistency, across all product lines.

The Ultimate Conceal and Carry Lineup 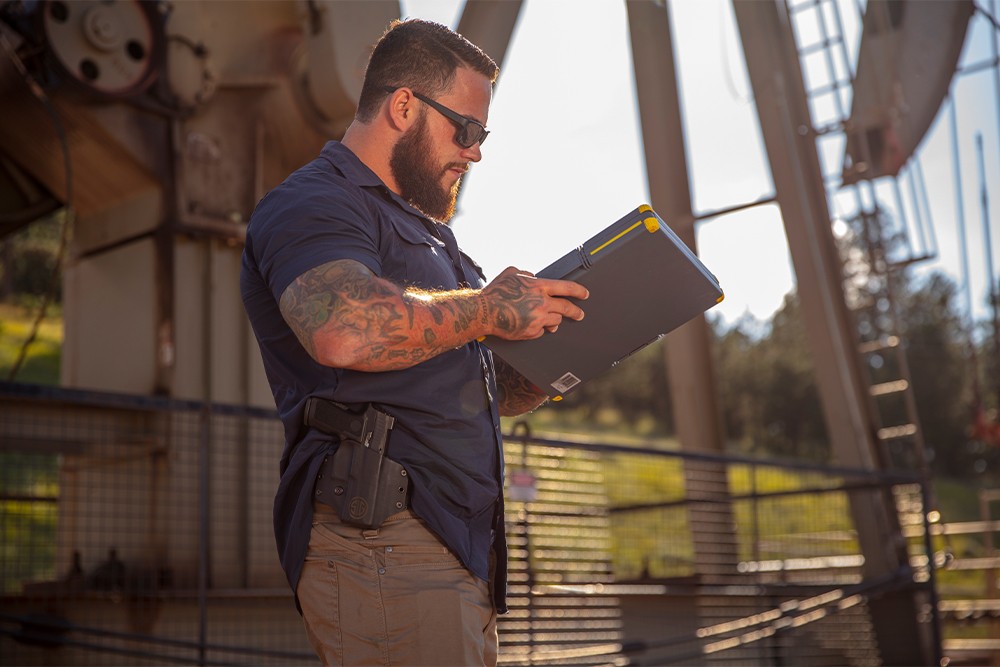 Some of the most important factors when selecting an everyday carry (EDC) pistol is magazine capacity, fit and quality. In emergency situations, having the ability to carry 10 or more rounds may mean the difference between neutralizing a threat or being left in an unfortunate situation. EDC pistols should never leave an outline when concealed under an article of clothing. Common issues with EDC pistols is that accuracy is sacrificed when choosing a smaller gun and conceal-ability is sacrificed when choosing a larger gun. Quality is another factor to consider. While it may be appealing to go with the most affordable option, doing so may leave concerns about whether it will work or not during a moment of truth. SIG SAUER offers a wide variety of pistols to fit any need.

SIG SAUER has invested more into research and development than any other manufacturer on the market. The P365 is a perfect example. It gives you the option to carry either 10 or 12 rounds in the magazine plus an additional one in the chamber. It is compact yet still provides the accuracy of a full-size pistol due to the ergonomics, crisp break and smooth trigger pull. Incorporating customer feedback and putting millions of rounds through the chamber has made the P365 one of the most award-winning pistols ever created. 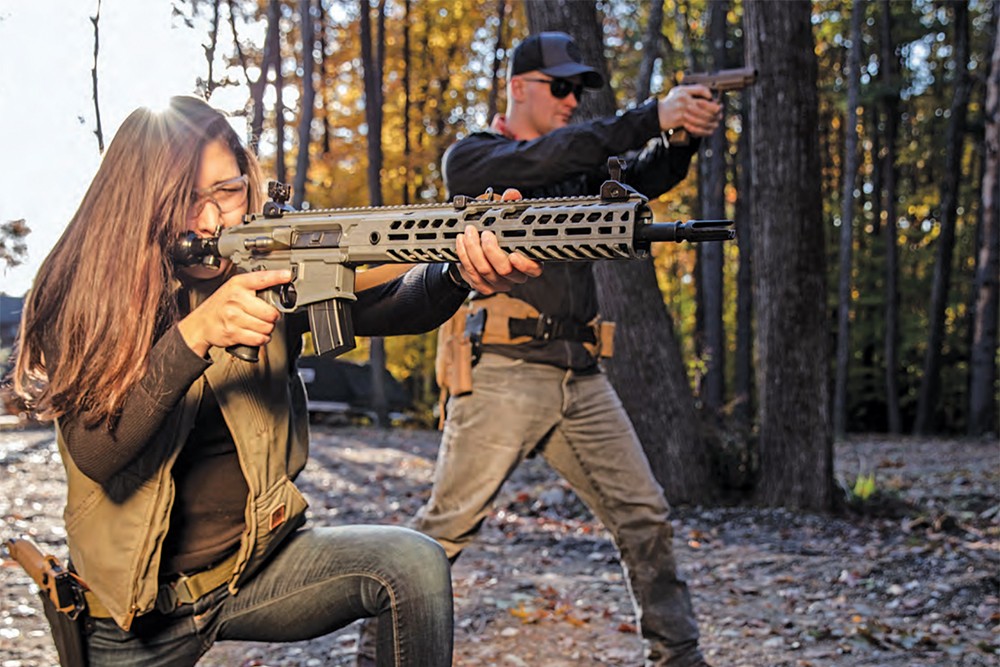 SIG SAUER offers a full lineup of pistols, MSRs, rifles, airguns, suppressors, magazines, optics and ammunition to cover all of your shooting needs. Every SIG SAUER item comes with a level of performance and innovation that you come to expect from an industry leader. Their unwillingness to compromise and desire to innovate can be seen in every item they have to offer. SIG SAUER, never settle.