GoPro MAX 360 Camera is currently out of stock. 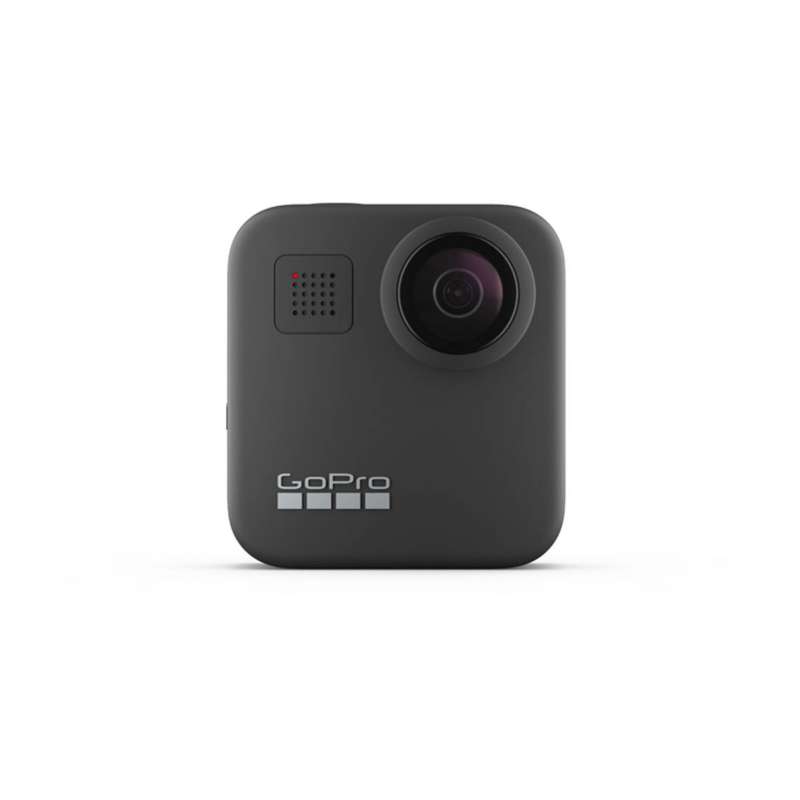 This product is not currently available, but don't go just yet.

Three cameras in one. Classic HERO-style skills. Spherical-capture wizardry. Vlogging powerhouse. Make way for MAX, the most creative GoPro ever. Capture traditional GoPro video and photos with unbreakable stabilization, shoot 360 footage of everything around you and vlog like a pro. Snap a panoramic shot without having to pan-just point and click. Choose a digital lens to capture your footage exactly how you imagine it. And with six mics onboard, you get immersive 360 audio and the best sound we've ever delivered.

Features:
Camera Specs:
Max HyperSmooth
Say hello to the new king of stabilization. Max HyperSmooth delivers the smoothest video ever from a GoPro-plus game-changing horizon leveling, when you want it.

Reframe
With the GoPro app, easily transform mind-bending 360 footage into traditional videos and photos. Play back, edit and share-all from your phone.

PowerPano
Capture unbelievable, distortion-free 270° panoramic shots with one click. You can even capture selfies and action PowerPano pics.

Max TimeWarp
Create mesmerizing, unbreakably smooth motion time lapse videos in 360 and HERO modes. And in HERO mode, you can also drop in and out of real time while recording.

Rugged + Waterproof
It's a GoPro-built tough. Really wanna go hard? Snap on the included protective lenses and charge. And it's waterproof down to 16ft (5m).

GoPro App
Capture. Edit. Share. Repeat. The GoPro app automatically creates awesome edits and makes it easy to share them with the world.

You call the shots.
Hands busy? Say one of 13 voice commands, like "GoPro, start recording." Or "GoPro, take a photo."

Your favorites on tap.
Set up your shot with the quickness. Customize your screen with shortcuts to the features you use most.

Short and sa-weet.
Grab 15 or 30 second clips that are just the right length for sharing. You can even shoot vertically-perfect for Snapchat and Instagram Stories.

Photo wizardry.
Take jaw-dropping 360 photos or legendary GoPro POV shots. And a photo timer makes it easy to grab selfies or group shots with your whole crew in the frame.

Powered by TurnTo
Review More Purchases | My Posts
There are no reviews for this item. Write Review